The (not so) pretty

If you garden, you’ll know that there are lots of perfectly edible foods grown that end up just, well, not being terribly attractive. The carrot with two points. The lopsided apple. We eat them from the garden because, well, food is food and the taste matters more, but we’d probably never buy such an oddity in the grocery store (which wouldn’t sell it to us anyway.)

Well, this is kinda how I felt about my first “successful” set of undies made last fall. Sure, they were comfy. The fit was fine, or at least no more annoying than most of the storebought ones. But DAMN they were ugly, especially in the drawer. And who wants to reach for ugly panties, I ask you? My butt has standards!

So eventually I caved and hacked off the old elastic and bought some black fold over elastic and then the whole kit ‘n kaboodle kicked around, never in the same place at the same time, for ages.

It was the perfect size of project for my wedding-sewing-recovery phase, though, so sometime last week I settled in with a zig-zag stitch and a determination to stretch the elastic as little as necessary without getting weird, wavy, stretched out panties.

They still won’t win any beauty prizes, (especially with my crappy overexposed photos) but they’re at least pleasantly functional. They are comfy, though I won’t claim I’ve reached any particular pinnacle of high fitting. More importantly, I’m feeling happy to reach for them in the underwear drawer. And that is important, right?

In other news, we’re visiting Cowtown this week, so enjoy a photo from the (not quite) Rockies.

As I write this, I am wearing my first “successful” pair of self-stitched undies.

I will keep “successful” in “quotation marks” because, well, wearable they are but perfect they ain’t. In particular, my elastic tension leaves, ah, something to be desired. (Scroll down to the full wrinkly mess, I didn’t want to start off the post with it.) And as proof that home-stitched undies need not resemble elderly dried fruits, I’ll link you to Carolyn’s drool-inducing sets.

The pattern, as I may have mentioned before, is Kwik Sew 2100, which is actually in print (I can never tell with Kwik Sew patterns based on the envelope art… except for the few 70s-era ones I have, anyway.)

The upside of using an in print pattern (especially having found it at the thrift store) is that there are reviews on Pattern Review, and for once I even remembered to check them. They were universal in two recommendations: go down a size (or two) and narrow the crotch piece.

Not being one to ignore the wisdom of PR (except when I do, usually to my own detriment), I dutifully went down to a size 4 (the smallest in the envelope, about 1.5 sizes below the one indicated by my measurements). I also shaved 1 cm off each side of the crotch piece, tapering to nothing at the edges where it seams to the front and back pieces. Then I promptly lost the crotch pieces, and there things languished until the other day, at which point I rallied my courage and cut new ones.

Now, last time I attempted undies, I really had a hard time wrapping my head around the fancy sandwiching that creates a neatly-finished crotch. Maybe it was the Kwik Sew instructions, or maybe I’m just better rested this time, but I found it pretty simple to sort out this time around. It’s the same “burrito” construction method you use with a yoked shirt, except instead of a shirt front and back you have pantie front and back, and instead of a yoke you have a crotch piece. And it is a nicer finish than anything storebought, which is probably the only really nice part on th

So that was good.

Less good was I realized that the pink lingerie elastic I had been planning on using was nowhere near long enough, so I had to hunt through the notions stash (which is even more poorly-organized than the regular stash) and all I came up with was some plain black 1/4″ elastic. Not really nice for undies, but available. Even worse was my elastic-tension, which was too loose on the first leg, perfect on the second, and then too tight on the waistband. (I should say, being worn they are comfy and feel and look fine. Unworn, they crinkle up pretty badly except at the one leg where they are stretched out.) Ok, so I probably should pay attention to the actual suggested recommendations for elastic length. Bite me.

Now, on to the fit. I made (of course) the “bikini” rise. The rise in back is pretty good, the rise in front is a tad high—it could easily be lowered an inch; as it is it ends up riding down the underside of my tummy and bagging a bit. A little more annoying is the width of the front of the crotch-gusset, where I blended back to the original width. I think I could’ve narrowed it there, as well. They are still a bit big—this fabric has good recovery, so it’s not a big problem, but if it were inclined to stretch out it would be annoying.

Next time—I’m a bit up in the air over whether next time should be with the Kwik Sew pattern, tweaked, or another pattern, out of curiosity. I acquired this stretch-sewing undies pattern at the thrift store (Value Village in my hometown is expensive for patterns, a whole dollar apiece except for the ones that come in annoying baggies.)

I’m a little curious over how the differences in pattern shape would play out (the seam allowances are the same, if I recall correctly.) The length of the crotch gusset in the 70s pattern seems to be longer, while the rise of the front & back pieces seems similar—so the overall rise might be a bit higher, right? The shape over the leg is very different, but maybe some of that would be accomodated by the longer crotch gusset? I just don’t know. But I sure am curious.

And obviously, I need a lot of practice on the elastic insertion. 😛 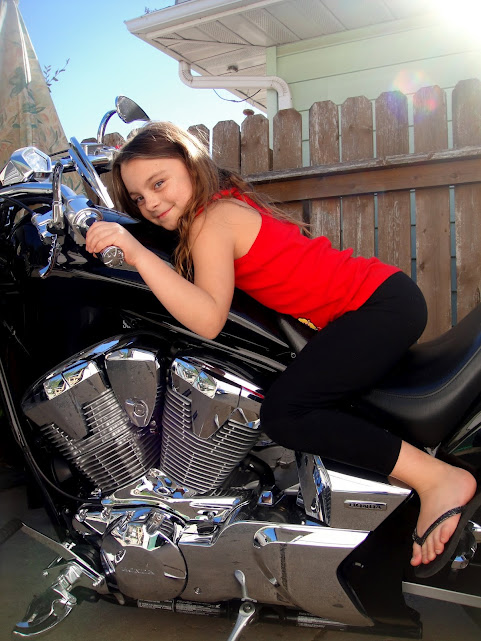 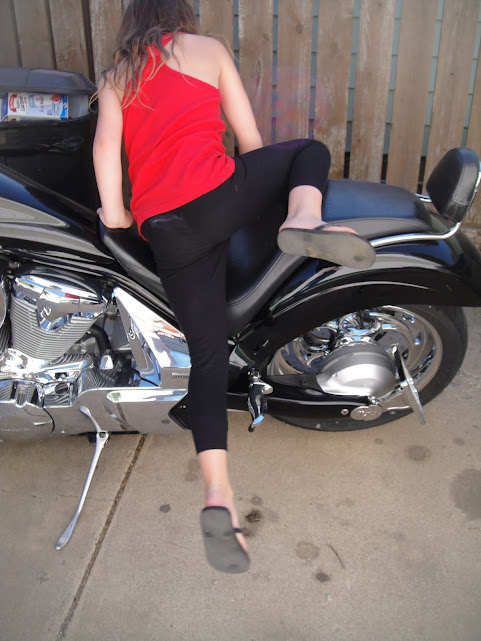 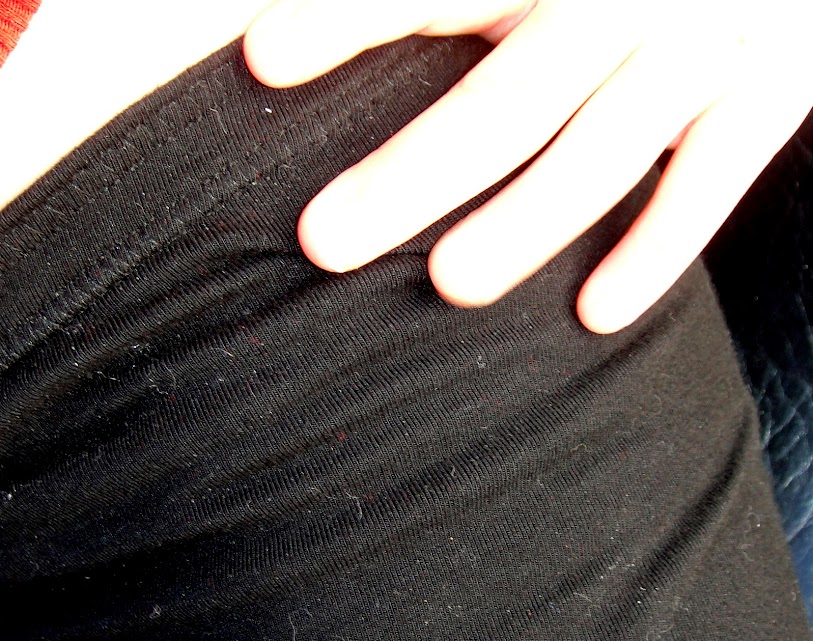 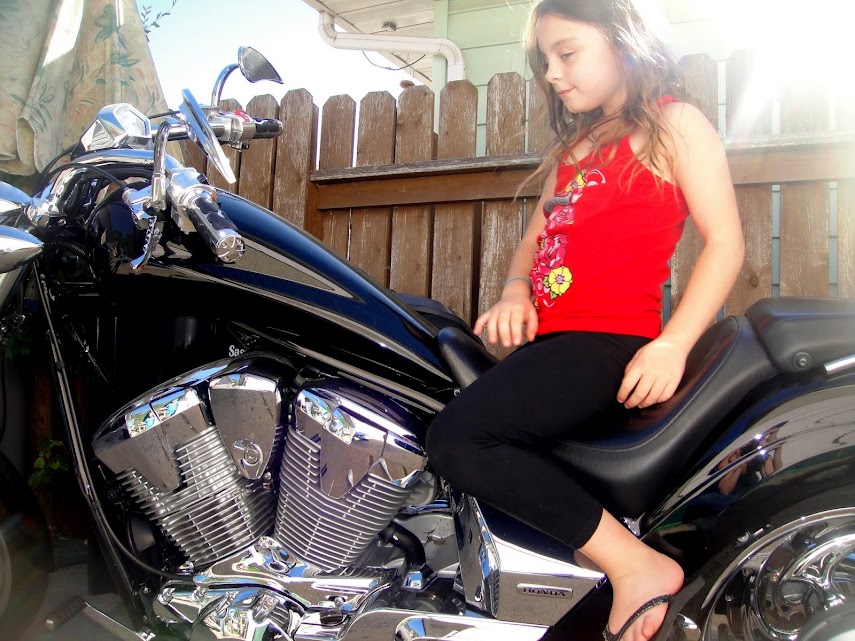