Yes, there will be repeat pictures between this post and the last. I think they’re pretty, so suck it up. 🙂

After I finished Gabriola 2, I knew I would want to wear it more than just for the occasional photo shoot with the matching corset. While it may never quite be “work wear,” surely sooner or later I’ll go to a party or out to dinner or something. 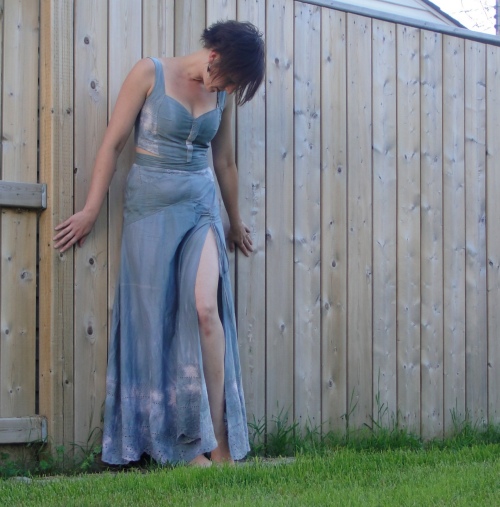 Hey, a girl can dream. I can also wear it swanning around the house (as I did the day I wrote this). I’m getting to like this crop-top-with-high-waist thing. (It only took me what, three years, to wrap my head around it? Bear with me, I’m well past the prime age for adopting new styles.)

The way I cut the skirt with the embroidered border meant that there was an abundance of small-ish, weird shaped scraps that I was fairly confident could be turned into some kind of bustier or bodice. And after  a bit of waffling, I settled on this bodice from the same Burda issue I got Tyo’s tie-up shirt out of a couple of years ago. 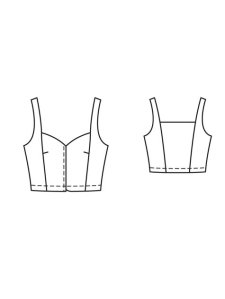 I had hoped to cut the centre front panels from the last “large” scrap of the embroidery, but alas it was too small—I had to settle for just making that the lower portion of the side fronts.

This left the front rather boring, so I ended up hand-stitching a little embroidered bit in place over the closure. 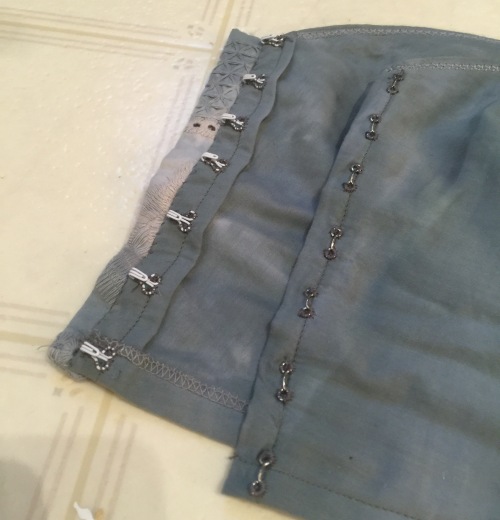 The closure, by the way, is hook and eyes, as per the pattern. Seven of them. Stitched on individually by hand (the pattern calls for hook & eye tape, but of course I don’t have that hanging around. And it wouldn’t have come in drab tie-dye, anyway. Fortunately I have plenty of back-episodes of my current obsession, the British History Podcast, to listen to; Hengist and Horsa got me through. 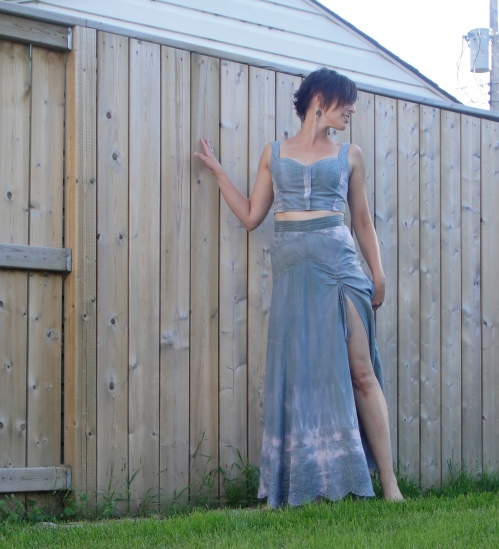 I had a lot of fun with the construction; everything is clean-finished inside and out except the bottom hem. I wish I could describe all the inside-folding-burrito shapes I got this thing into, but words fail me. 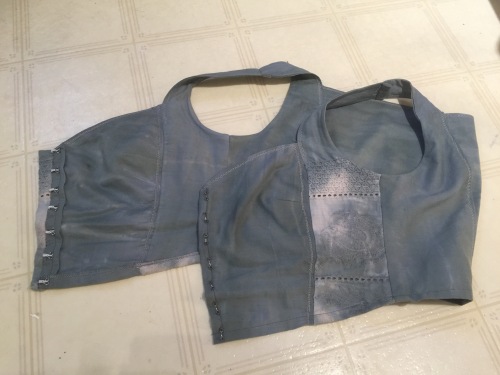 The bodice would probably sit more smoothly with boning or something, but I kinda like how scrunchy and slouchy it is (did I mention comfy?).

I initially skipped my usual petite alterations (not sure why), but then I wound up taking in the shoulders and cutting off a good 1/2″ from the bottom (more like 1″ at the back), so I probably wound up in much the same place. Ah, well.

I was surprised to find that it actually has pretty decent bra coverage. I was thinking the straps would be too wide set. (They are set quite wide, but my shoulders aren’t particularly narrow. If yours are, and for some reason you feel the urge to make this, be aware.)

Once it was all done, it still remained a little boring, so I added more machine cross-stitch.

It’s still a little boring (in my head there should be pin-tucks and piping and MOAR EBROIDERY) but I think I’ll let it be. Also I’m down to really small, random scraps at this point. 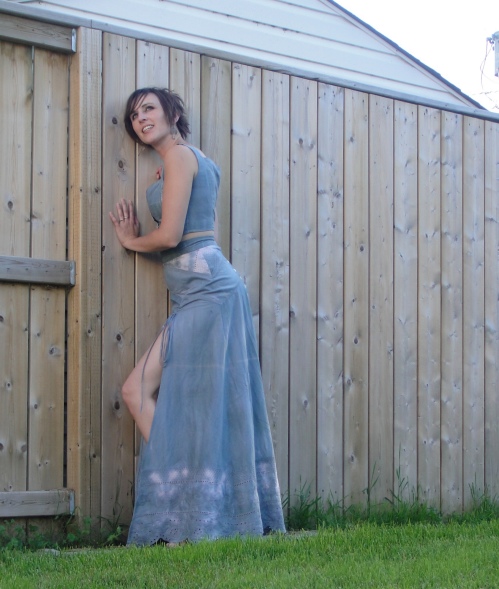 The whole outfit feels wild and wood-witchy and mysterious to me, which I am enjoying immensely. (And if you don’t think so, well, feel free to keep it to yourself. I’m having fun here 😉 ) Now if only I could be taking photos in an ancient oak grove, maybe with a few standing stones kicking around for ambiance…