In the post-Christmas exhaustion I have been cleaning (a little bit) and sewing—a lot of small, quick things, often using scraps. 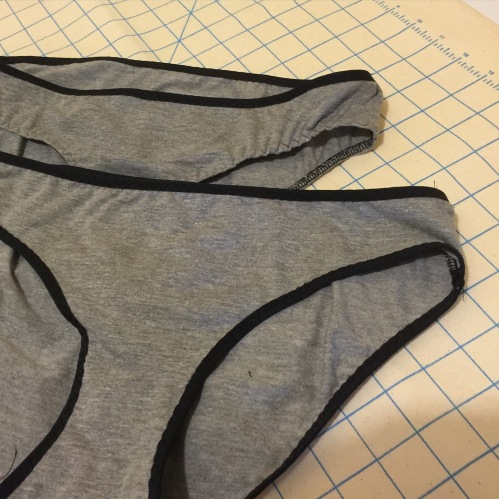 Back during the Xmas sewing, I was cutting a bunch of Jalie raglans and had a lot of awkward, diamond-shaped scraps that were, it turned out, perfect for underwear. I cut out two Cloth Habit Watson bikini bottoms, but didn’t have time to finish them. Now, I do. I used a mixture of FOE (I have a massive stash of black, narrow FOE) and clear elastic. We shall see which is better to wear. 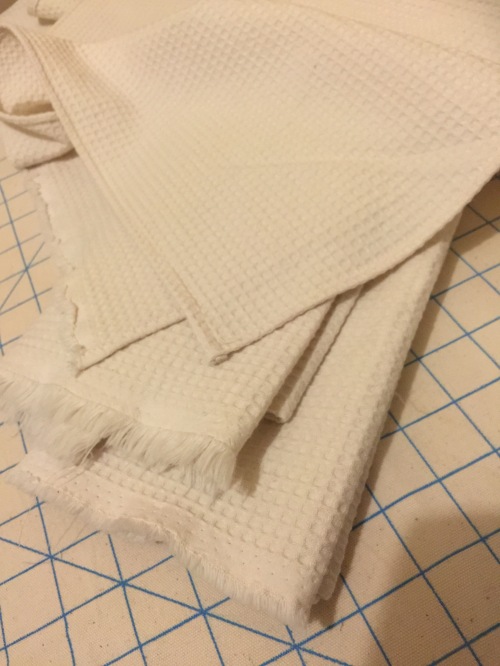 A month or so ago I nabbed another remnant of this waffle-weave cotton. It’s the perfect tea towel fabric, but at regular price it’s still a bit expensive for tea towels I don’t really need. At remnant price, though, it’s irresistible. I cut the 1m remnant in four and hemmed and, voila, four new tea towels. The waffle weave makes it super easy to fold the narrow hems, too.

I was trying to be good and resist this map themed fabric ( I love maps), even when it went on sale, but when there was just 1.5m (maybe 1.7?) left on the bolt, I caved. I was thinking sundress, but that’s not much 45″ fabric, and when I got it home I realized it would go really well with my bedding as pillowcases. There was just enough to do two, envelope style with the opening in the middle back, as per my husband’s preference. Only downside—matchy matcherton that he is, he’d now like a full duvet set of the same. See above about how I took the last on the bolt. >_< 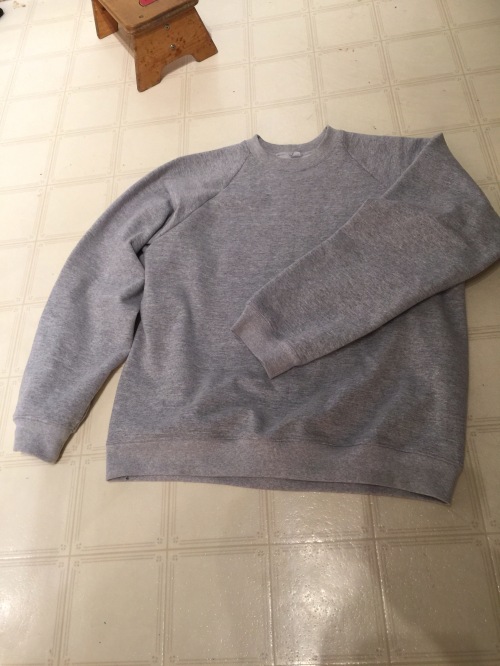 Then Osiris was getting whiny about all the sewing for other people, so I made him a sweatshirt. I used the same Kwik Sew pattern, 2133, I did for his sweater last year, which I can’t find a blog post for? WTF? How did I miss that? I need to blog that. Anyway, this one is much less intricate, and really took about 3 hours all told. Maybe less. The only request he had was that it be a bit roomier than the last version. Well, it turned out that my grey sweater knit was tubular, and that the total width was only about 1/2″ more than the sweatshirt pattern. So I added a similar amount of width to the sleeves and didn’t have to sew side-seams. (This makes sewing in the raglan sleeves a bit weird, but it worked fine.) 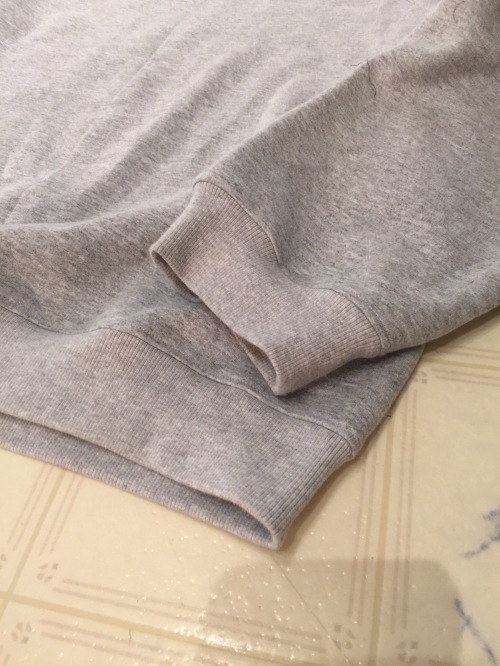 The biggest change was that I made the wrist and bottom bands a lot looser—apparently the snug ones that came with the pattern are not to his taste. He says he is much happier with the result.

And I made a Jasper Dress for me, finally! But that needs its own post…