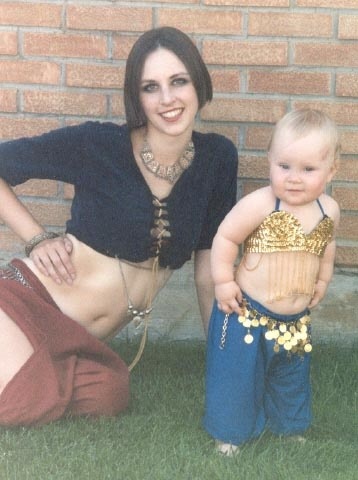 Ok, technically this bra, worn by Tyo around her first birthday, was smaller. (Also, those red marks on her face are lipstick kisses. Tell me you could resist kissing that cuteness. Also, a rare pic of me with long-ish hair.)

Now, for a “grown up” coin bra, you typically use a storebought bra and replace the straps. Since that really wasn’t going to work in this case, I decided to wing it. After consultation with Syo, we settled on some black flannel (her input: soft and comfy. My input: not stretchy. Stretch and coins do not play well together.) 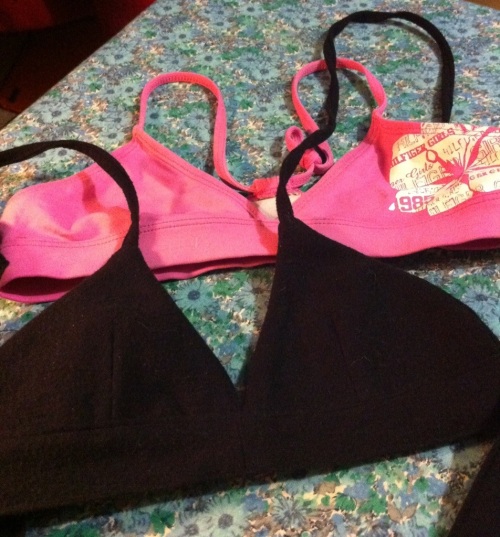 I copied the basic shape/scale from a bikini top she has, including a few accomodations. The triangles “slant” a bit towards the centre (to avoid gaping with the halter-ties). I added the world’s teensiest darts. And I interfaced one layer of fleece, and fusetaped the edges of the other, so none of that pesky diagonal stretching. Oh, I do love interfacing. It used to scare the bejeezus out of me, now I can’t live without it. 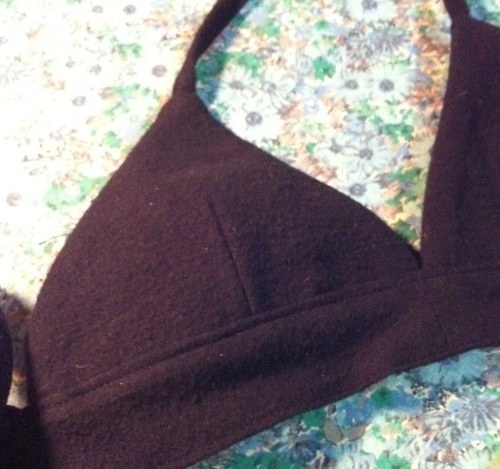 Syo and Tyo added the decorations themselves, mostly leftovers from my own coin-bra making years ago. Although it’s really still rather bare, it was what we could come up with in a limited time-frame. I expect continuing improvements to be made. (Whenever I find the materials. I think they’re at my mom’s.) 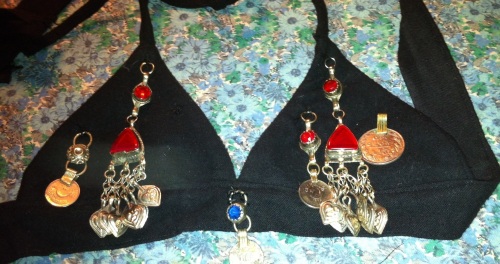 I have one more “tribal costume” installment, on the little top she’s wearing under the coin bra in the top picture, but I am hoping some photos of the performance will surface for me to share—it looks pretty cool all together, if I do say so myself. /sigh. Also, there were swords involved.

In other project news, I’ve got batting and fabric for my Uncle’s vest, but still have to hunt down a coordinating lining fabric for the pockets, back, etc. Preferably one that won’t make me want to stab myself in the eye while sewing it. My local Fabricland doesn’t have any Kasha, my favourite lining brand, in the right colour. And I am hoping to get some further jeans cut out, sooner rather than later.

4 responses to “The Littlest Coin Bra”