In which Tanit-Isis buys fabric and socializes with a real, in-the-flesh person.

Fabricland, the Canadian generic fabric chain, was having one of their fairly regular sales this past weekend, with pretty much everything in store 50% off. This exciting news prompted me to finally (after many attempts and broken engagements on both sides) to get together with Funnygrrl of Falling Through Your Clothes. Astoundingly, we actually pulled it off. 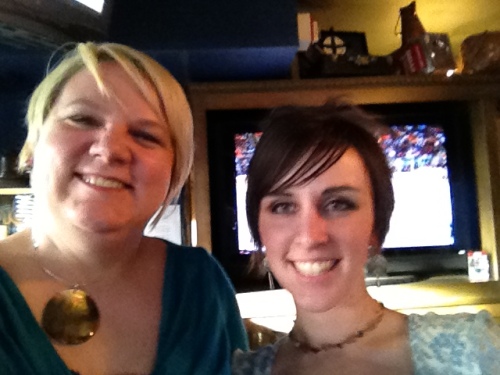 The sewing gods were feeling magnanimous, for we both managed to arrive at Fabricland, find parking (not a small feat!), and even recognize each other. It was also the warmest day of the year yet, to the point where my children were running around the back yard in their booty shorts (the daytime high reached 13C), so I actually got to wear my springy coat for the first time this year! Very non-creatively I wore this exact outfit. With these boots.

While Ms. Falling was remarkably restrained (peeps, her Fabricland membership had lapsed!) I, um, was not. Erm.

I’d like to maintain I was not whimsical or frivolous, but the fact is I was pretty darn excessive.

The boring (and sort of justifiable)

Dude. They had hair canvas. In the clearance. For $4/m. At 50% off. (original price was about $14/m) I bought 4m. In hindsight I should’ve bought the whole bolt. I also re-stocked my other typical interfacings, but that’s not quite as astounding as finding good interfacing in the clearance section.

Hmm. I knew there was a reason why I don’t like fabric posts. Mine, that is. I buy boring fabric! I mean, how can I compete with this? I bought denim—red cotton twill (Tyo wants red jeans)  and a couple of remnants of a really nice dark-wash. Where the heck was this colour denim when it was on the bolts? If I want to make jeans from them I’ll have to piece, but I’m thinking it might be worth it.) I splurged on some basic black athletic knit, the type of beefy cotton-lycra blend that’s normally over $20/m in these parts. Even at 50% off it’s still kinda pricey, but a) this stuff never goes on clearance and b) you never find it in thrift stores, either.

Best of all was Funnygrrl’s contribution, though—aside from a pay-it-forward pattern, she offered me my choice of linens—black with white embroidered border, or white with black. The idea is something along the lines of she keeps the other piece and we make “twin” garments. There’s not a huge amount, but enough for a skirt or a slim dress, I think. Possibly from the pattern she gave me (also photographed) but there’s so many adorable dress patterns in my stash at the moment I may be paralyzed by indecision. This is the (much more interesting) kind of fabric I ogle but never actually jump on, so getting it as a present is AWESOME. I am now paging avidly through the dress patterns on my iPhone sewing app…

Tagged as fabric, Meet-Ups, too much talk

26 responses to “In which Tanit-Isis buys fabric and socializes with a real, in-the-flesh person.”