After a few fairly dismal visits in March and early April, I gave my local Value Village a break. When I popped over the other day, I hadn’t been since before Easter. I actually wasn’t hoping to do much other than get a bit of excercise, but sadly for my wallet (happily for for my stash) there were a couple of good fabrics, some more vintage notions, and, most intriguingly, a couple of Japanese pattern magazines. 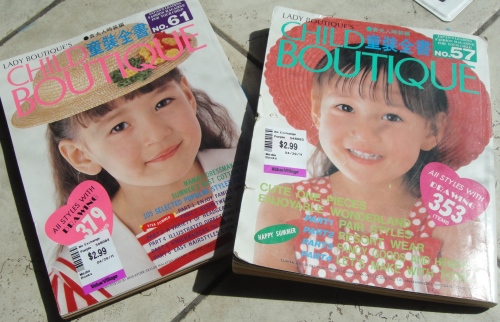 In specific, two copies of “Child Boutique”, which appears to be a kids’ spinoff from Lady Boutique, which I think I had vaguely heard of before. These are not, however, the sleek, ultra-classy, subtle designs I’ve come to associate with Japanese patterns. I can’t find a date on the magazines but from the fashions I’m guessing late eighties or early nineties. Words like garish, oversized, and sometimes plain odd come to mind.

As a lefty, it makes me happy that Japanese books run “backwards”. This is the way I’ve always filled my sketch books. 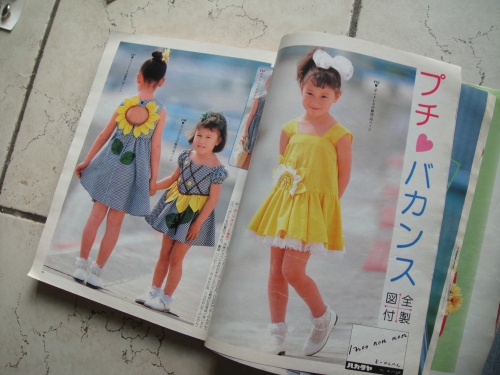 That fine line between cute and odd

The magazines are substantial things, more like catalogues. The front portion is full of photographs of the styles, with style numbers and what I eventually (mercifully) figured out are page numbers beside each. Yay! 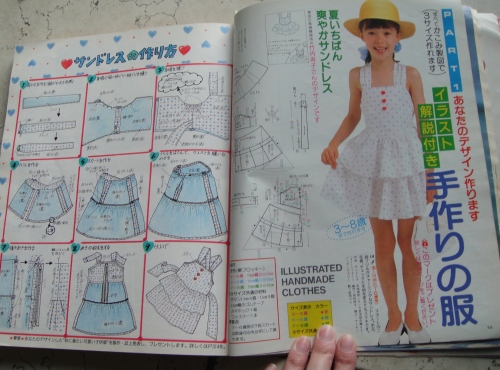 Next, a few select styles have sized drafting instructions and cheerfully illustrated directions, kinda like the Burda Style sewing course. There are some accessory and hat patterns in this section, too. 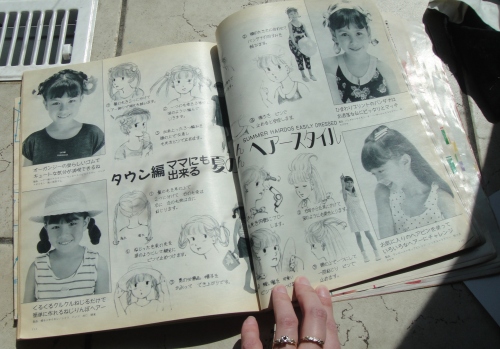 There’s a page or two of hairstyle directions. Some are pretty simple, but some I could probably have made use of when my kids had longer hair. 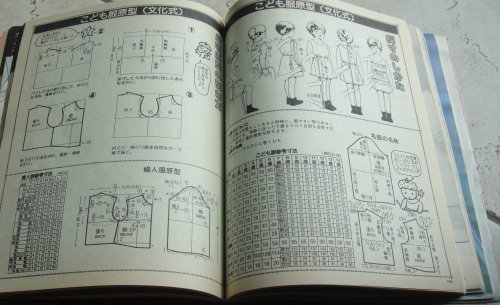 There are several sizing charts, fortunately with diagrams so I can figure out which measurements go where. My kids appear to fit quite well within the age/sizes for Japanese children. Good to know.

Obviously this doesn't contain more than a fraction of the couple hundred styles in the magazine. I'm not sure which ones it does.

There is a single, not-terribly-dense pattern sheet included. Obviously this is patterns for only a very few of the styles illustrated. I haven’t figured out which ones, though. 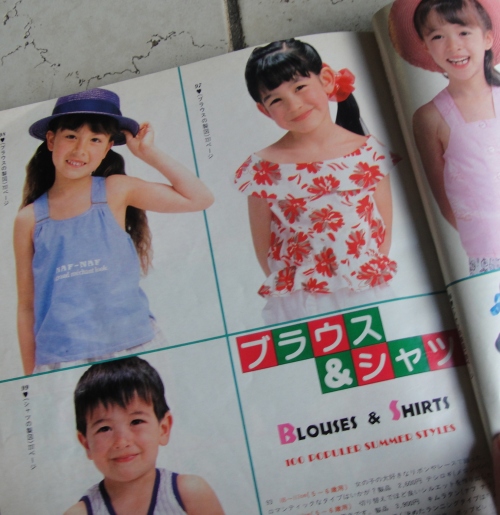 I really like this flowered blouse. I don’t think my kids are quite as enthused with it, though. 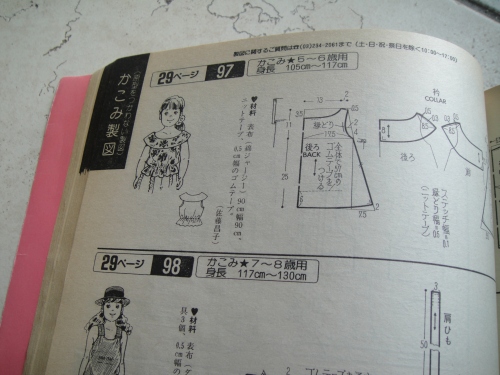 Pattern diagram for a cute blouse

This is its diagram. Most of the back of the magazine is full of sketches and diagrams like this; I presume you use their dimensions to draft out full-scale versions of the patterns. Most of these seem to be given in a single size, although it looks like a size-range is suggested. Probably it would all make sense if I could understand the text ;). 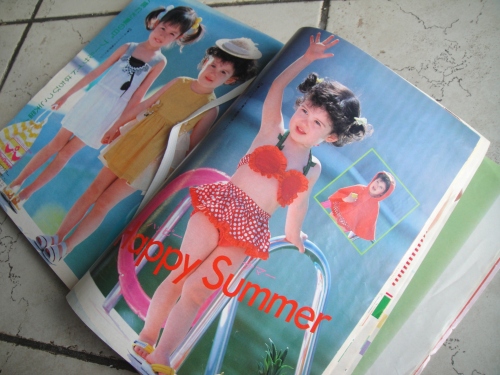 This one has crossed the line into odd territory.

I did mention some of the designs are really odd… 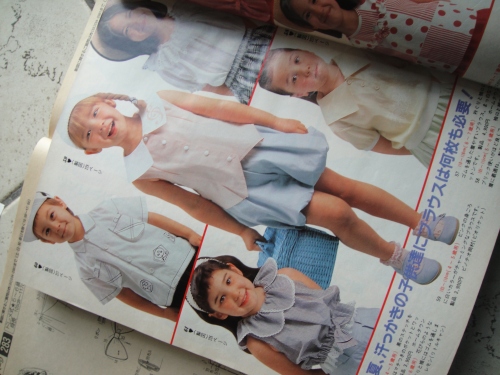 I like this outfit in the middle, too, but again it’s pretty twee for my girls. Also I feel oddly disturbed by this kid’s bleached-blonde hair. I don’t really feel like you should be putting that many nasty chemicals on a kid’s head. Maybe I’m being prudish, though. 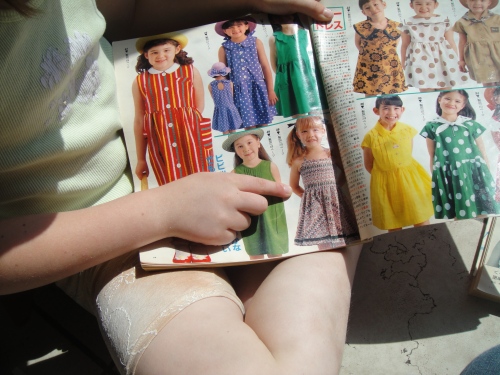 Syo would like to show you her favourite dress. Somehow I don’t think I need a Japanese pattern magazine to make this one, a simple shirred-top dress with spaghetti straps. Finding such cool fabric, though, may be a feat.

I got a few other nifty things, too, but in the interest of stretching out my daily post material, I’ll tell you about them later.

I did succumb to some japonesque fabric at Fabricland, though: 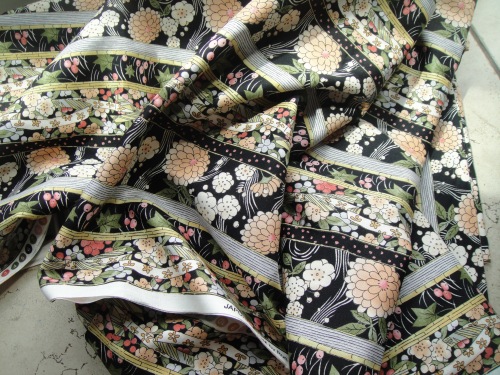 Yes, I bought a print. Picking it was agonizing, too. I was only going to get a metre, to use for pocket linings, but it was on sale so at the last moment I became weak and got three metres. I’m thinking a skirt.

I think this is a nice outfit but I was having trouble getting a decent picture, and it’s started to rain so I don’t feel like doing any more. But here it is.

Despite appearances, I’m not actually five months pregnant. That’s just the way my belly looks when I forget to suck in. 😛