So the Ogden Cami, by True Bias, has to be about as well known as the Grainline Archer, as an indie pattern archetype. It’s simple, elegant, and seems to always look amazing. On the other hand, it’s SO simple, I always figured I had something (probably several somethings) with very similar lines. And I probably do, but I highly doubt they have the subtle bust shaping in the side seams it turns out this pattern has. And the gentle V neckline really is basically perfect. 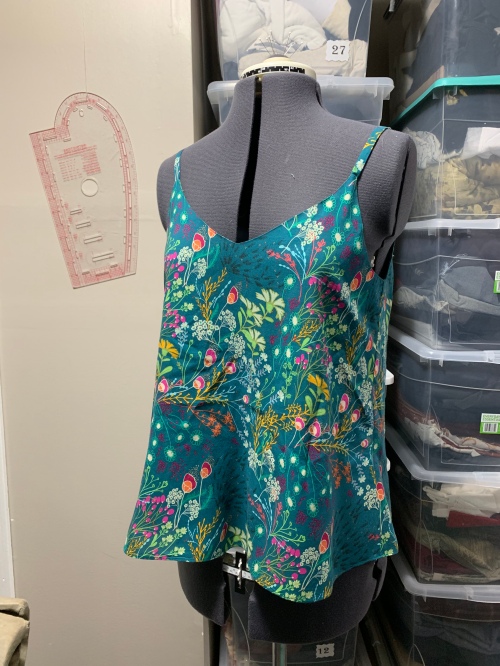 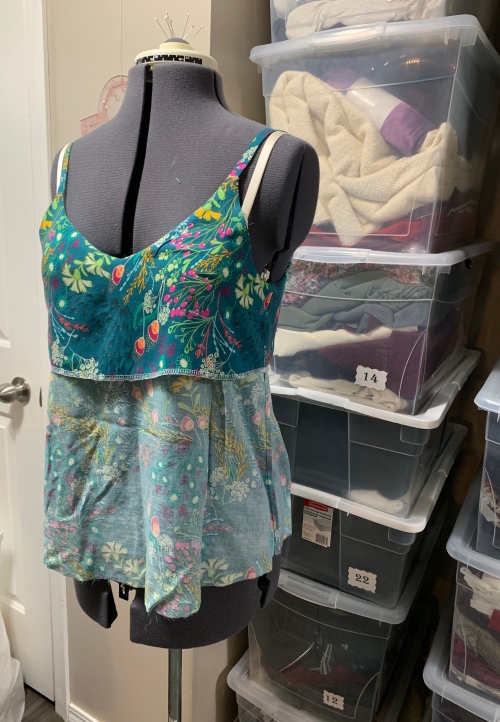 Can you see my French seam at the side? No? Oh well. They turned out very nice indeed. In fact, the only thing I used the serger for on this make was the bottom of the half-lining. 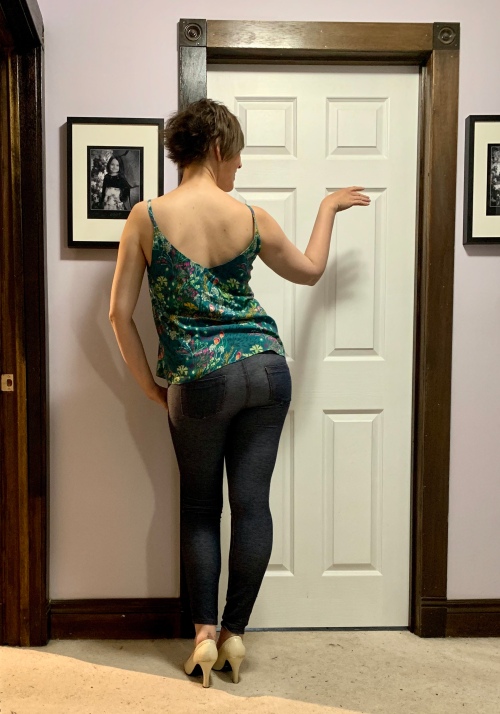 I made a straight size 8, which accommodates both my current bust and my current belly surprisingly well. I didn’t even have to shorten the shoulder straps. 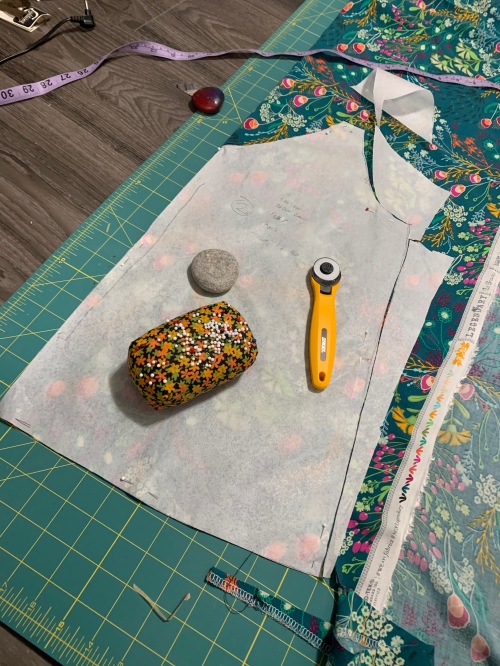 I did experiment with cutting out the pattern with my rotary cutter, basically my first attempt at such a feat. I am not particularly adept at it, so I don’t think I was really any better off than cutting with scissors, but it’s definitely something I’m willing to play around more with, at least for things that are small enough to fit on my cutting mat. I used a ruler to help me cut out the rectangles for the shoulder straps, and that was definitely a win.

You can barely even see my sixteen-week-pregnant belly!

I can actually see making this again, and even again and again. It’s small and simple enough to make as a gift, and it’s a great way to use a tiny amount of an exquisite fabric. Also simple enough that the annoyance of working with a slippery or shifty fabric doesn’t become totally overwhelming. And while I know some people find the half-lining odd, I like it as a compromise between a full lining, which could be hot and bulky in a summery top, and no lining, which can have show-through issues in some light-weight fabrics.

Because it’s virtually impossible to tell the front from the back of this pattern (either in construction or once it’s finished), I hunted along the printed selvedge of this Art Gallery Fabrics rayon for a good chunk, and cut out the bit that said “Legendary” to make a tag. My pinking shears are terrible and kind of made a mess of the edges, but I’m sure after a wash it’ll all be much the same anyway. 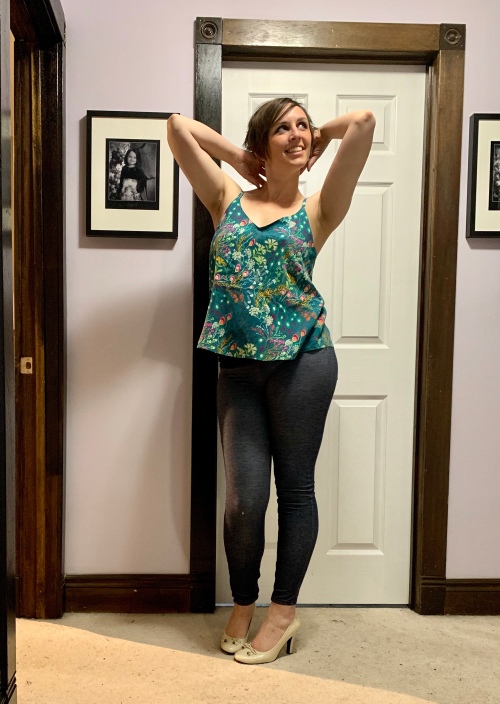 Anyway, I’m definitely charmed by this pattern, and excited to be teaching a class on it this summer. It’s simple enough for a beginner, but also a great opportunity to level up your skills working with fine finishes or a trickier fabric. I’m very tempted to go digging through my seldom-touched “fine fabrics” for the next version….