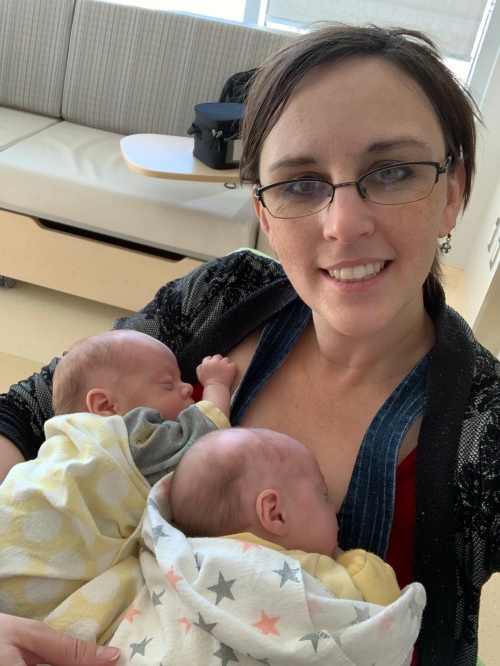 We spent eight weeks in the NICU and there’s a lot to say about that, good and bad, hard and beautiful. There’s stuff I want to say about it, but it’s a long post, and a hard one. I’m not ready yet. Maybe by the time I’m ready, it won’t even matter. In hindsight, it feels like a voyage to the underworld out of a Greek myth (the internet just taught me the word “katabasis“). There’s some trauma wrapped up in there, for sure. But both twins came home by the end of October. Not in time for Thanksgiving as I had hoped (Canadian Thanksgiving is the second Sunday in October) but before Hallowe’en, and before their November 3 due date, at least. In our time there the twins went from three pounds apiece to five; they learned to breath, eat, and even breastfeed. They had no major medical scares, although for every step forward it seemed like there was a half-step back.

First pic of all four sisters together

Having them home is emotionally easier but not practically easier. Sleep is a real issue. And they’re not bad sleepers, as babies go, but they take turns. And the strategy that got us through the first month stopped working in the second. 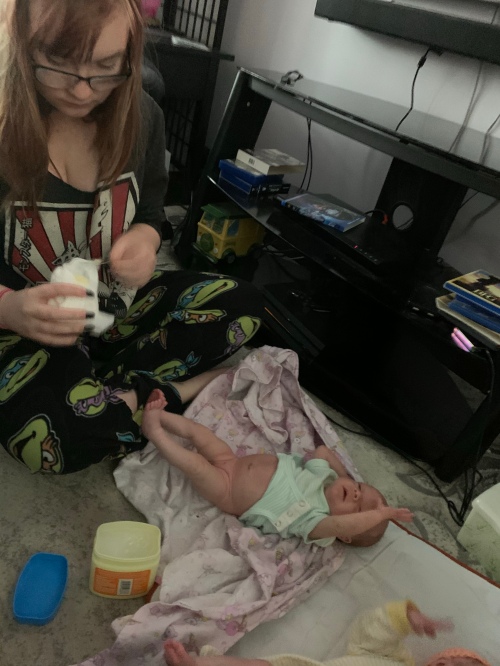 Getting anything done with a small baby is hard. With two, it’s nearly impossible. 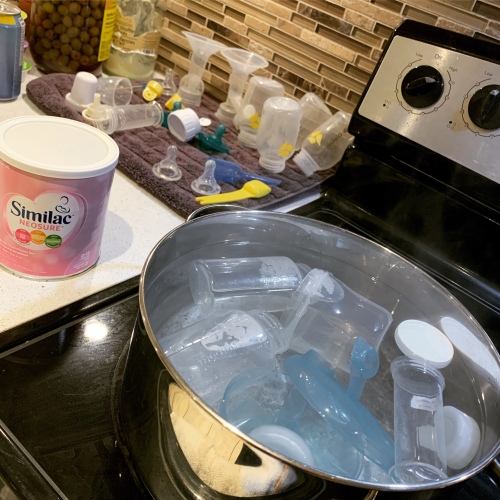 Other than sleep, getting a handle on the bottle feeding we had to do was really, really hard. In NICU I wasn’t allowed to breastfeed the babies more than two or three times a day, for no more than fifteen minutes at a time. Every breastfeed was followed up with a bottle of pumped breast milk fortified with preemie formula powder for extra calories and minerals. They also have to have two feeds of special preemie formula a day. And that was the feeding strategy that we brought home, topping up each feed, formula twice a day. 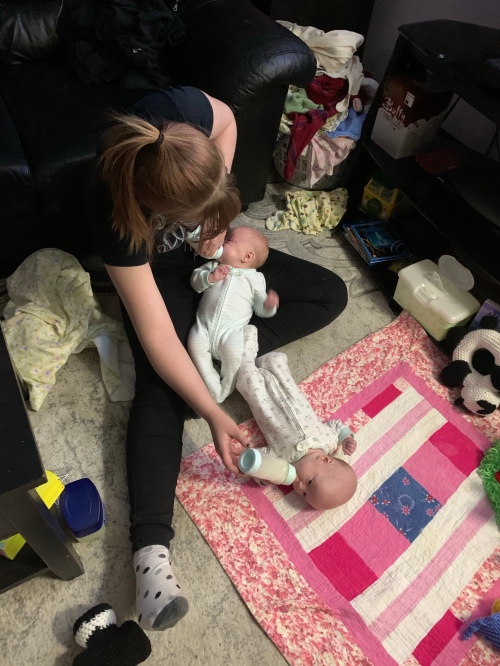 I had never sterilized bottles before, certainly never prepared formula. It didn’t seem so onerous while we were in the hospital and the prep was all being done for us, but at home it was a massive struggle of constant bottle-washing. And laundry, a whole other issue. Fortunately the twins got the hang of full-time breastfeeding within a couple of weeks, and became less and less interested in their top-up bottles, so at this point we only have to give them the supplements. It still feels like a lot of work, and it’s hard to get out from underneath babies long enough to do it, but my system has improved a bit. I’m still excited to phase it out, once they’re three months past their due date. 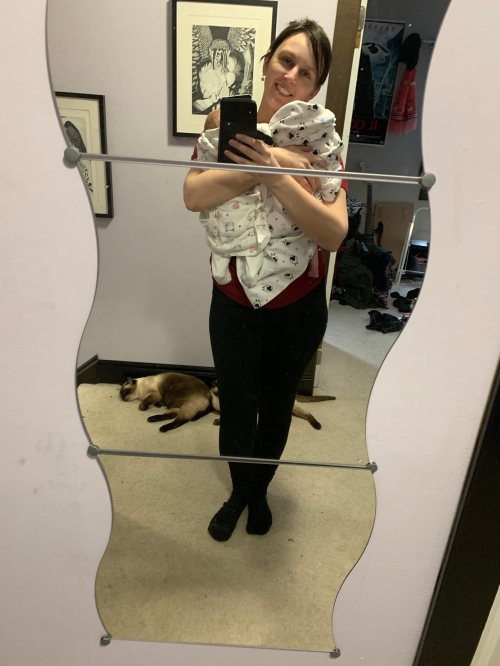 Other than those struggles, and a health issue I’ll cover soon, life is good. I spend a LOT of time stuck under babies. Sometimes I’m bored or resentful, or just stressed that I’m surrounded by disaster, but often it’s calm and blissful.

I miss wearing makeup and clean clothes. There’s puke. So much puke.

They don’t fit these preemie outfits any more. They were already getting too small when they came home from the hospital.

Getting to let them just lie side by side felt like such a privilege to begin with.

I have neither the ambition nor the organizational skills to dress them alike at all times, but it’s fun sometimes. I particularly like coordinating but non-identical outfits.

They don’t interact obviously, but they do subtly synchronize, movement, waking, even bowel movements.

I try to nurse both together often, for the time saving as well as the abundance of milk. It’s kind of like the Wild West of breastfeeding—they move their heads around a lot and grunt and swallow air, but it gets things done quickly. 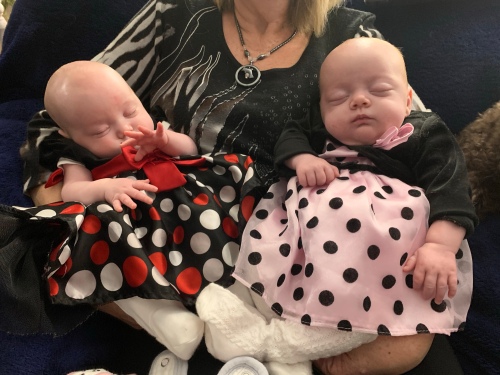 Dresses on babies who can’t walk yet are a little ridiculous and awkward, yet still adorable, especially at Christmas. Those “infant” sized tights are as long as they are, however.

There are some really sweet moments.

The newborn sized clothes are getting outgrown now, too.

Just in the last week or two they’ve been getting interested in their play frame, kicking and batting at the hanging toys, sometimes even long enough for me to eat breakfast. 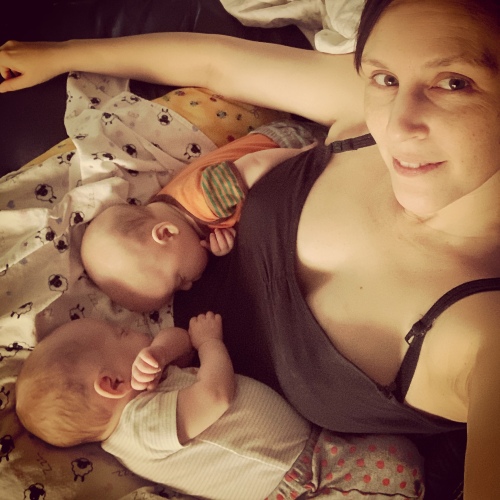 So yeah, if you need me, I’ll be over here under the pile of babies.

Tagged as Tanit-Isis and the Twins, too much talk

16 responses to “Healthy and home”