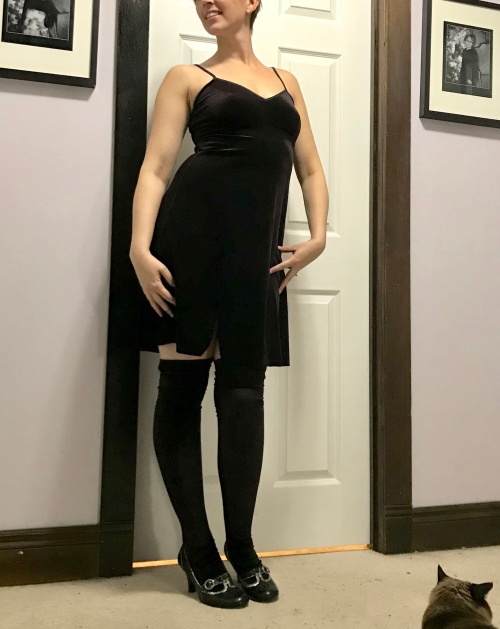 I’m not the biggest fan of fashion trends, in general, but when the trend of the moment happens to overlap with your innate preferences… well, you just gotta run with it, right? Which is how I feel about velvet right now.

Anyway, I’m plugging along with my Christmas sewing like a good little elf, but intermittently, I’ve been indulging in quick little selfish projects, as you may have noticed. The most recent, to go with last week’s velvet stockings, is a little velvet slip. 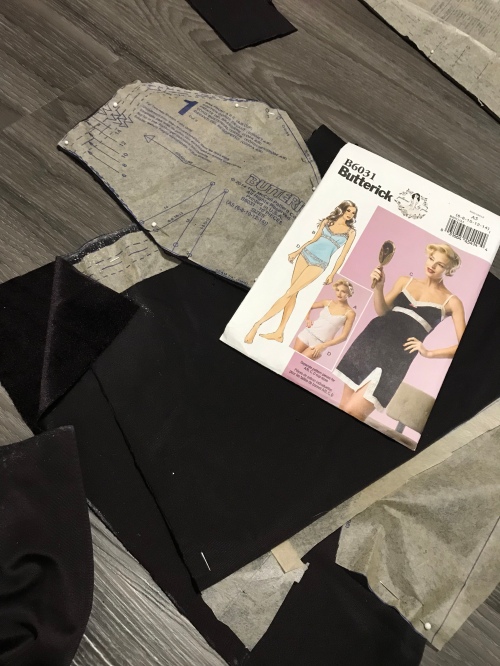 I used Butterick 6031 again. I’m trying to do a count in my head and I think I’ve made the slip or cami a total of six times. Well, seven now. I’ve made the briefs a couple of times, too, but I’m not as wild about them.

I love the shape of the pattern, and I love that the separate bust piece with the dart builds in a little shape and support. It’s not much, but I don’t need much. It’s just nice. 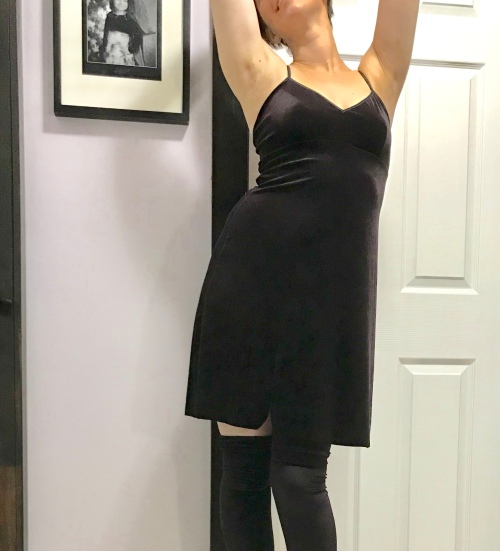 For this version, I went very pared down. I didn’t want to mix flimsy stretch lace with the heftier velvet. So I went with FOE for the top edge and straps, and I lengthened the skirt three inches. I’ll probably shave an inch or so off of that, though, it’s a little long now. 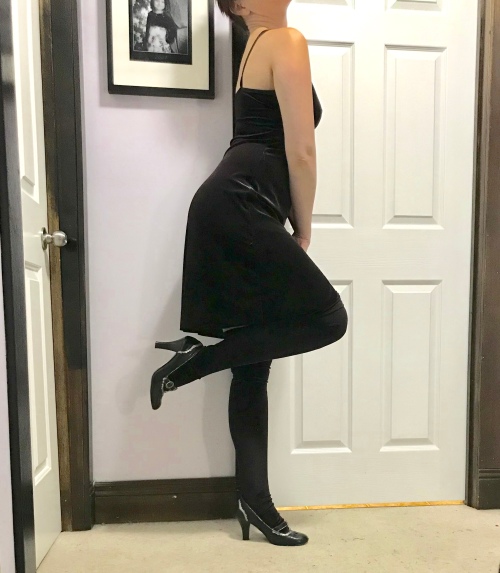 I used my usual 5/8″ FOE (which finishes at about 1/4″) and I think I maybe should’ve gone with the 1″ that finishes at about 1/2″ for a heftier look, but it didn’t even occur to me. I use the 5/8″ for just about everything, and I’m making a pretty good dent in that giant 100-yard spool I got a few years ago.

Oh, and I cut everything with the nap running up—I didn’t even think of it until I had it on my body and realized that I can only pet myself running upward. Downward would feel more natural. What, don’t tell me you don’t pet yourself when you’re swathed in velvet! 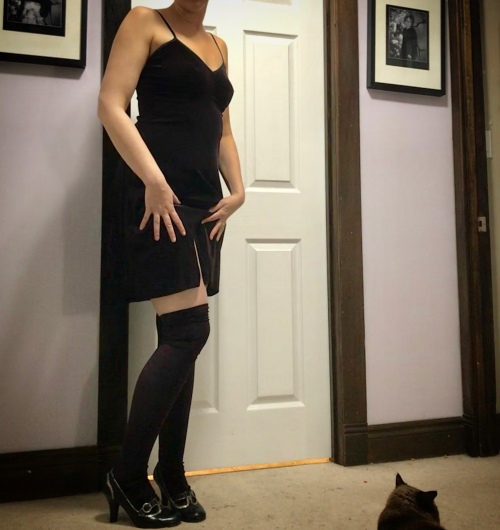 The whole thing took about half an hour, including cutting out. It helps that the pattern was in my quick-access drawer and that I used the same black thread that was already on the machines. 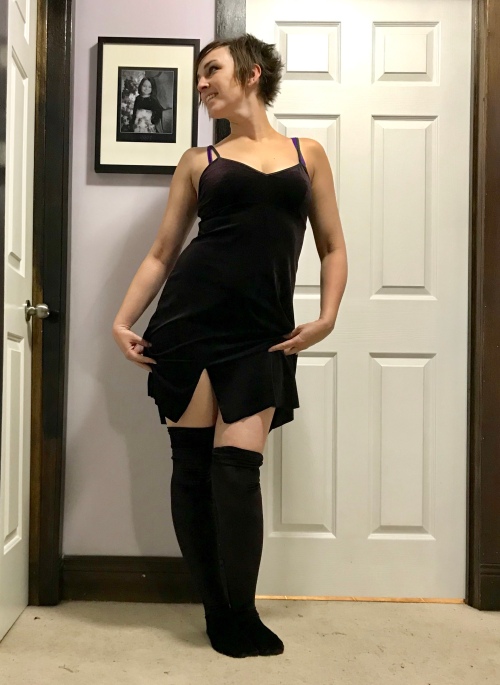 Now obviously a velvet slip is not very effective as a slip per se, but it’s a pretty awesome nightie. Especially when it has matching velvet stockings. Presumably a robe would complete the set but I’m not much of a robe person… we’ll see. For now—back to the Christmas presents!

6 responses to “In further velvet news”