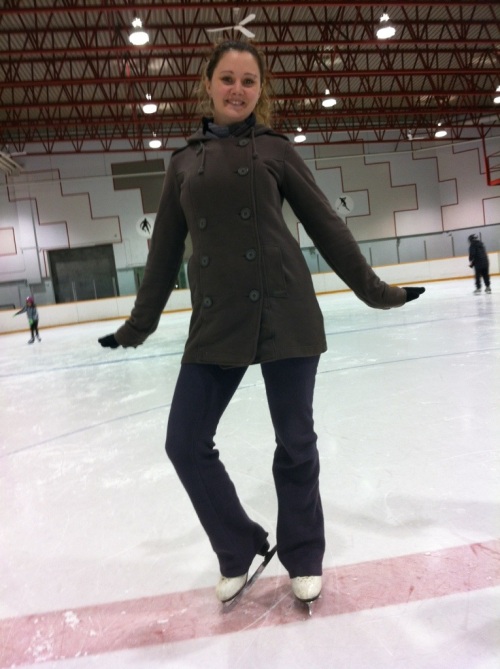 Mere moments after I unveiled my first attempt at fleece pants, my Stylish sister-in-law determined that she had to have her own pair. There was just enough of the same purple-grey heavy fleece left, so I set her to tracing out the pattern in her own size. She really is a trooper—she tackled tracing her first Jalie pattern with only a minimum of “OMG WHICH LINE AM I ON?” and had her pair cut out in record time.

Unfortunately, in her efficiency (and my distraction), a couple of problems we should have foreseen came home to roost. The first one being, she traced the pattern in her real size, not upsizing. (This makes sense in that she will probably want to make the pattern out of something not fleece at some point, of course.) And, I had intended to perform a rather larger version of the Gigi alteration* I did on the kids’ shorts made from this pattern last summer. 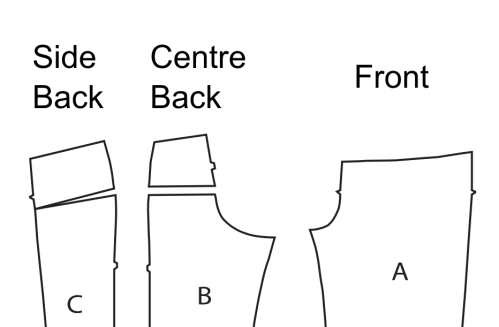 What I should’ve done on Stylish’s pants pattern, too.

However, this kind of slipped our minds in the excitement of cutting and pinning.

Stylish tackled the stitching and even topstitching (much facilitated by using the blind hem foot as an adjustable edge-stitching guide on the Memory Craft. Which, I should say, has generally excellent attachments, although I am not fond of its zipper foot.), and got the hang of it quite quickly, with only a little confusion over the construction order. (Did I mention this was her first pair of pants ever?)

Unfortunately, when we got to the try-on point (and I’ll refer you back to my Pink Suite post if you need construction details, or just go to the Jalie website and read the instructions yourself), the same issue that I had was happening: dangerously low rise, especially (actually, only) in the derriere.

Some quick thinking was in order. The pants were stitched up, lacking only the waistband. Unpicking fleece… um, not happening. Obviously we had to alter the waistband. 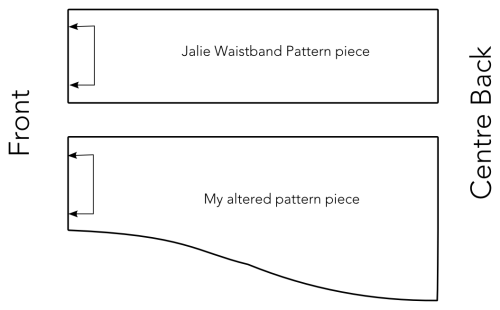 Jalie 3022 Last-ditch waistband alteration. AKA “What I did instead.”

And, while it may not be the most elegant solution (and no, I don’t have a good shot of how it looks… I didn’t really want to pester my SIL to allow me to post photos of her butt on the internet), it works, and she has worn them every bit as much as I have over the winter. 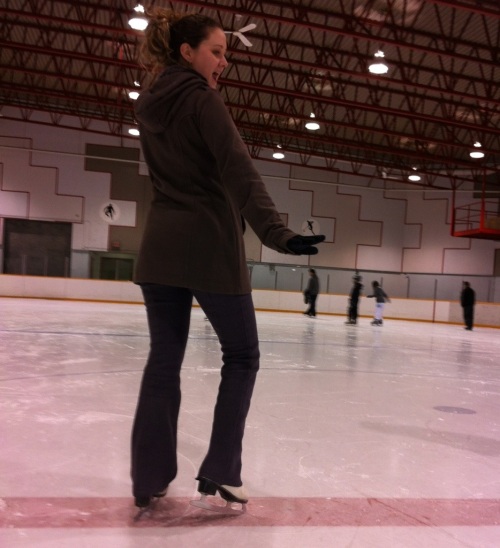 And she has already bought fleece for her next pair…

*Gigi is the pet name of the incredibly sweet lady who is the mother of both Osiris and Stylish. She also has a marked pear-shape, which she passed on to Stylish, and even Osiris in modified form (he has a very curvy butt for a guy). Tyo is well on her way to developing this shape as well, although in Syo’s case it seems to be a bit moderated.