Have you ever made a rub-off of a pattern?

Syo has these red jeans. They’ve got some really nifty features. And apparently she is dying for shorts what with it being summer ‘n all. And it was just her birthday. (She’s 13. How the duck did that happen?) And her sister got to go to the lake with a friend for the long weekend. 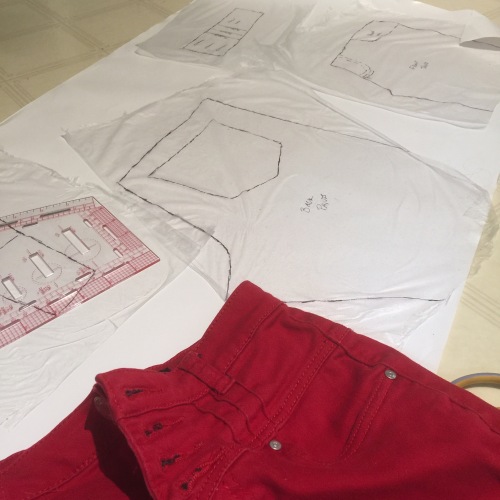 So by various means I got guilted into rubbing off a pattern from them. My method of choice involves using Press ‘n Seal,  a Glad product that is basically like plastic wrap with a tacky backing. I first heard about this method from Trumbelina Sews, but I’m no expert on it, especially when approaching darts etc. Fortunately jeans don’t have darts or easing, so I didn’t have to figure it out this time, either.

You stick the press n seal to the clothing, spreading it out so it covers from seam to seam, and trace off the seams with a marker. Then you peel off the plastic, slap it on some paper, and start adding seam allowances. It gets a little complicated in the pocket area, but if you’ve ever looked at a jeans pattern it’s pretty obvious.

The world’s weeniest and most pointless zipper.

I was very pleasantly surprised by how well everything marked out and looked roughly like it was supposed to, and how little I had to correct my new pattern when I checked the seam-lengths.

They fit! Well, at least as well as the originals. Which are definitely one of those fast-fashion garments that relies more on stretch than cut for fit.

The construction is less than perfect and I wish I’d spaced out the three bottom buttons a bit more. 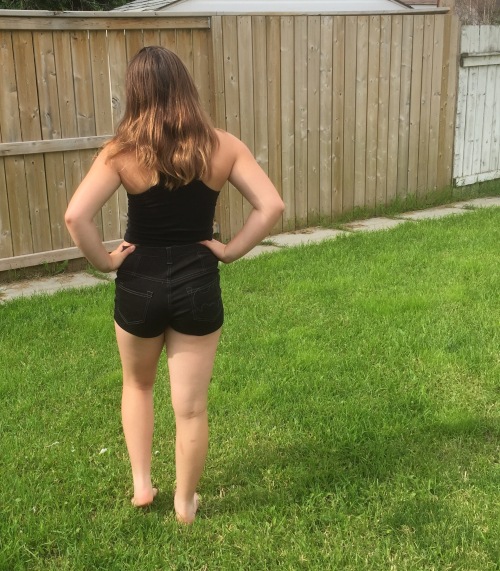 Also I put a bat symbol on the pocket. Because I could. I wish I could’ve found my Fairy Tail template, but it is in hiding.

I really like that seam in the yoke; fitting opportunities abound (not that I actually took advantage of it, mind you.)

I asked for attitude. 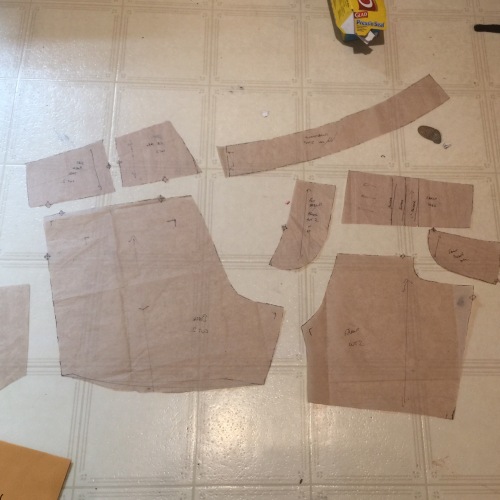 And here’s a shot of the final pattern pieces. The lengths were strictly approximate, since the originals were jeans and Syo was talking about having them roll up so I was aiming long. (Oh, and the pocket pieces are off to the side somewhere out of frame.)

They seem to work, though.

So, happy Thirteen, Syo. Twelve wasn’t all a picnic and I’m sure thirteen won’t be either, but it’s pretty cool to watch you grow up and into yourself. And I could totally steal these shorts if I wanted, so we’ll call that a bonus. 😉