A tale of two dresses (Part 1)

So a few years ago I got this nice, substantial, shiny black linen with the plan of making a shirt for my husband—but it’s a bit heavy for his taste in linen shirts, so it has languished. And it surfaced during some recent stash diving, and I realized that there’s way more than the two-ish metres I had thought I’d bought—more like four or five. Yowza! And I was suddenly seized by the need for a swishy long black linen sundress. I dug up some options and posted them on Instagram, and the chorus was in favour of McCall’s 7640. And it did seem like it would be a really great linen sundress. 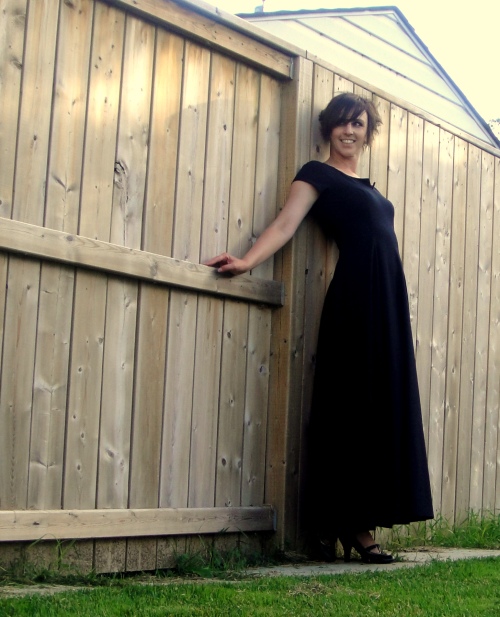 But I still REALLY liked the idea of a long black version of Simplicity 7514. So I dug around stash some more, and stumbled upon this piece of black bargain centre fabric ($4.00/m tag still attached) that I didn’t have earmarked for anything. (I didn’t recall right off the bat but as construction, especially ironing, went on, I remembered the reason I picked it up. 100% wool, in what I suspect they would call a tropical weight.

Some pattern tetris followed, and I determined I could, in fact, fit a long, but short sleeved, version on my 4m of fabric. This is pretty awesome since the envelope called for about 6m. Woohoo!

It’s been a long time since I made a Simplicity pattern, what with them not really being available up here any more. It was really nice, especially since the ‘vintage’ pattern (© 1997) has much thicker tissue paper than the current patterns seem to.

That is a LOT of skirt.

I made my usual petite alterations, half below bust and half above. This always scares me in raglan sleeve styles, but it seems to work. The bust and waist are pretty much exactly where I want them. I maybe took it in a smidgeon at the sides. No square shoulder adjustment (I try to skip them on raglan sleeves) and no swayback alteration. 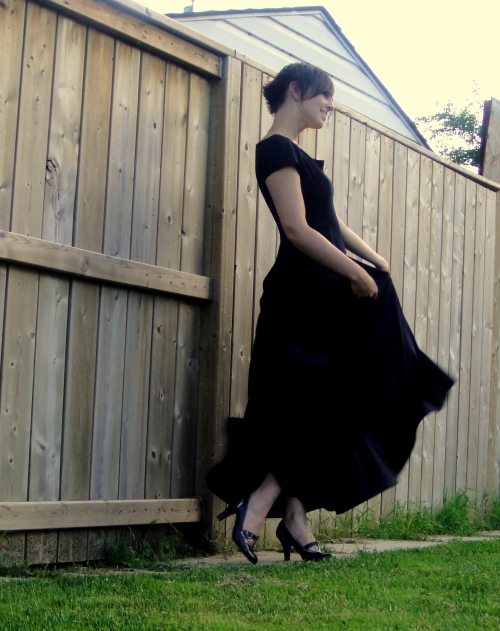 The skirt is very, very swishy, and the fabric has a great drape. 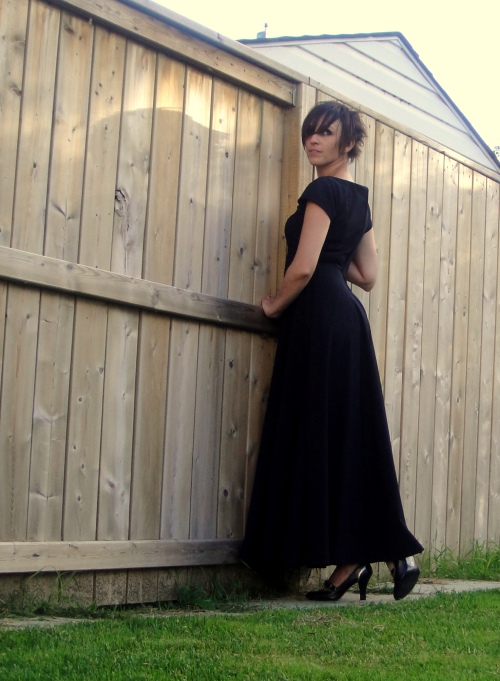 The back neck does gape a bit, which isn’t common for me. The zipper is just a regular zipper, since I didn’t have any black invisible ones, and I kind of hate it, so if I decide I hate it enough to replace I’ll take it in. Otherwise, meh. 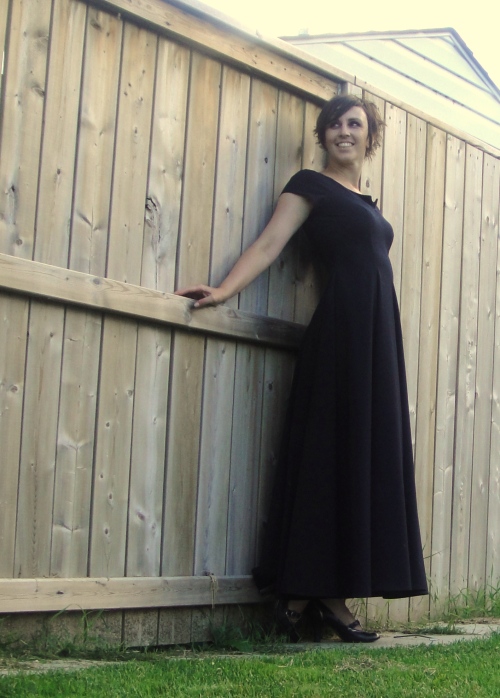 Can I tell you a secret? This dress reminds me of a mediaeval kirtle. Just needs something white and long-sleeved underneath. I’m very tempted to add a row of little buttons down the front…

Except it’s a real, every day dress. I love it. Whether I get to wear it enough to justify the excitement, I suppose, is a different story, especially as cleaning it may be, um, an issue.

So yeah, instead of a linen sundress, I made a wool regular-dress. Hmm. Well, we’ll get to the sundress in time…