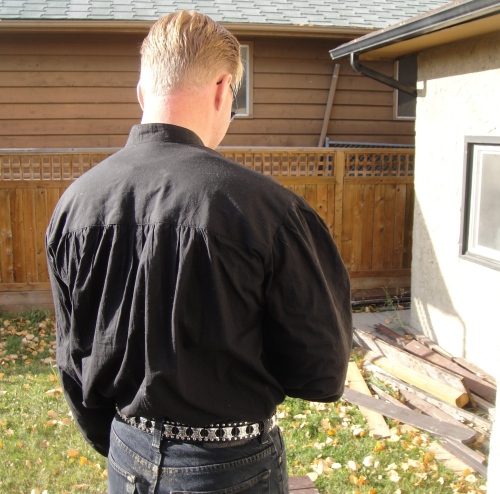 He said: why do you need to take photos?

I said: for the blog, of course.

He said: why do you need to blog this stuff?

I said: because I like to and it keeps me inspired.

He said: I don’t think you understand how much I hate having my picture taken.

I said: No photo, no more Tanit-made items.

He said: okay. I’d rather buy them than have to pose for photographs.

I said: you can’t buy this kind of stuff. That’s why I make it.

He said: I don’t care—I’ll order it off the internet, I’ll pay whatever it takes, if it means you don’t take photographs.

I took photographs. Possibly at gunpoint. 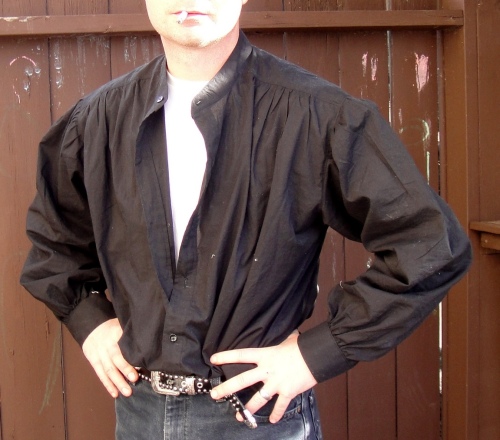 The glare I was receiving has been cropped for the protection of readers.

If I were sane, this would, of course, be the last things I ever make him. But it’s as much about scratching that itch to make him happy (and see him in some hawt clothes), so I will probably keep making him stuff.

At least he’s wearing this one. About the only time it wasn’t in use this weekend was when he was fishing, so if it looks a little rumpled, that’s why. 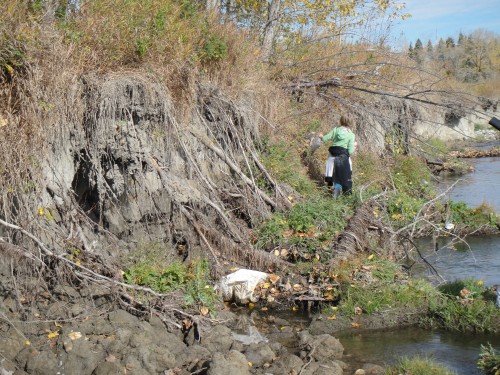 Why yes, we were out at the creek again.